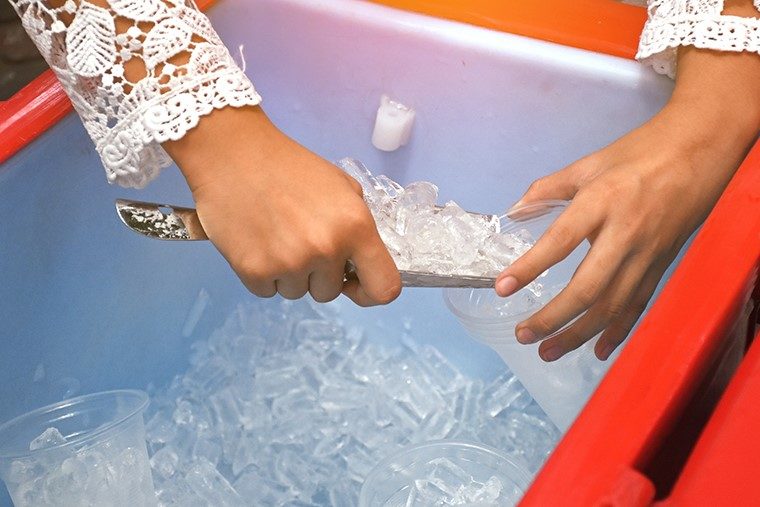 The holiday season may be behind us, but that doesn’t mean that the winter weather has passed us by quite yet. Instead, this week’s weather has had us singing “Baby it’s cold outside” to ourselves under our breath. Which is why we want to share a cold story with you today.

At Today’s Family, we are constantly amazed by the levels of imagination shown by our children. In the eyes of a child, a log can become a rocket ship, a toy dinosaur can be a family pet, and a stack of ice cubes can be a house!

Our Early Childhood Educators are an insightful bunch, especially when it comes to noticing what their children are interested in. A core element of the Today’s Family program is the Emergent Curriculum. The Emergent Curriculum is an Early Childhood Education strategy that was developed in Italy that creates learning opportunities based on the interest of the children.

The ways that we implement the Emergent Curriculum into our programs varies on a case-by-case basis. Sometimes, the connection is obvious, like building activities around space when our ECEs have noticed children pointing at the moon. In other cases, the connecting ideas are a lot more… slippery?

Take Ms. Shaunna’s toddler program, for example. Ms. Shaunna noticed that her children were all interested in building things. She saw that they were using the building blocks more than usual, as well as making towers out of books.

So, Ms. Shaunna decided to see how far this fascination with building would go. She filled a bucket with ice cubes and put them on the table in front of her. She started trying to stack ice cubes on top of one another. Soon, there was a crowd of curious children surrounding her.

Some children reached in and started playing with the ice cubes on their own. Others found little ice slivers and had them melt in their mouths. But others asked Ms. Shaunna what she was doing.

“I’m building a tower,” Ms. Shaunna told the children. Immediately, hands plunged into the bucket, stacking as many ice cubes as possible. It worked out about as well as you would expect, but the children had a lot of fun and enjoyed playing with the ice cubes.

This story shows that all it takes to spark a child’s imagination is an opportunity (and maybe a little push). Fostering an environment where children are rewarded for curiosity and imagination is a cornerstone of strong Early Childhood Education. Early Childhood is a time in life where children are still actively discovering the world around them.