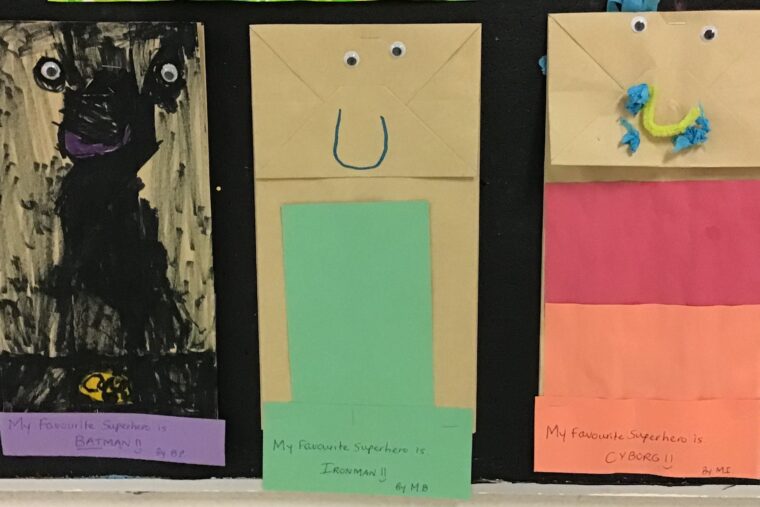 Superheroes have always been popular with children, but in recent years there have been more children dressing up as Superman, Spider-Man, Batman, and Wonder Woman than ever before. One of our Early Childhood Educators (ECEs) took this interest in superheroes and turned it into an exercise in self-worth and empathy.

Ms. Karuna had been noticing discussions and games about superheroes between the children of CH Norton’s Spring Break Camp program. So, one day she started to talk with the children about their favourite heroes.

The answers were varied: most children had their own favourite hero, and they all knew all of their superpowers, from flight to invisibility, to magical suits of armour.

“What about you?” Ms. Karuna asked. “What superpowers do you have?”

After thinking for a while, the answers started to come in. Some of them were clearly aspirational: what superpowers would you like to have, like healing powers coming from your hands or the ability to turn invisible. But other powers were more realistic:

From there, the floodgates opened. “Being kind when someone is unwell,” said one child. “Helping people when they are hurt,” said another. Ms. Karuna quickly realized that the children were recognizing and describing empathy and good manners as being superpowers. “Those are great superpowers!” Ms. Karuna replied.

Other children had ideas, too. “My superpower is being beautiful!” claimed one young girl. “Me too!” said a boy. These are superpowers too: developing a positive self-image is incredibly important for young children to do.

By the end of the activity, all of the children had shared a superpower. Ms. Karuna decided to follow up the discussion with an activity. “Can you go and draw a new superhero?” she asked. The children started creating their own superheroes, some of whom were entirely new creations, and some of whom were clearly based on themselves.

And what were their superpowers? Helping and being kind to others and having good manners. And also, being able to fly.