Happy Earth Day! The Art of the School 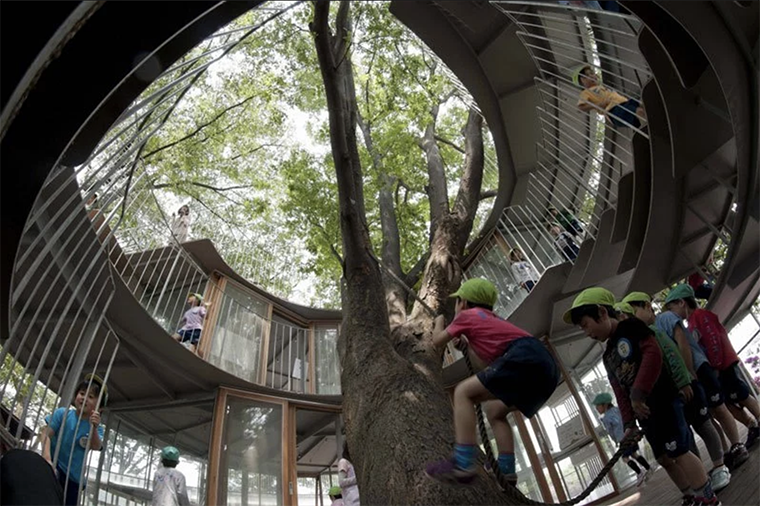 Happy Earth Day! The Art of the School

While we’re on the subject of rethinking spaces for our children (last week you’ll remember that we talked about our new playscape at our Franklin Road centre), we would be remiss if we ignored an example of taking that idea and running with it to a completely extreme conclusion.

Takaharu Tezuka is a Japanese architect that years ago built a Kindergarten building in a suburb or Tokyo. As you can imagine, space is somewhat of a premium in what is one of the largest cities in one of the most crowded countries on the planet, so Tezuka-sama came up with a novel idea: to fully utilize the space, he built a giant ring with a flat roof, and let the children climb all over it.

Now, we are not kidding. Tezuka-sama turned the entire building into a giant, donut-shaped playscape.

There’s lots of brilliant ideas that are in play here, and they all feed into the ideals we try to reflect here at Today’s Family. First of all, there’s the roof itself: flat, wooden, and circular, like a running track. This was designed to encourage children to run and chase each other around and around and around and around and… you get the picture. Providing a clear path around which children could direct their energy naturally encouraged movement and lots of spirited games of tag. As far as decorations and features go, the roof is sparse, with only skylights disrupting the totally-open space.

The only other breaks are the trees. Instead of uprooting the trees that were already on the plot of land, Tezuka-sama decided to build around them. As the roof is only 6’8” off the ground, the giant wooden platform cuts most of the giant trees in half. A strong net, made of thick ropes, bridges the gap between platform and tree trunk, and even this was a choice: not only to keep the children safe from falling, but to provide another space and opportunity to play.

The classrooms themselves are remarkable as well. The giant ring is meant to hold up to 600 kindergarteners, and when the weather is rough (Tokyo winters can get very cold and wet), they need a place to take shelter. Enter the mostly-open-concept classroom ring, with only minimal dividers between spaces and sliding doors that open during good weather.

When the doors are open, the noise of 600 children blends into one another and creates a natural white noise on top of which children can have their own conversations. This, too, was a conscious choice: Tezuka-sama believes that the background noise is important to help reduce anxiety and nervousness in many children.

Instead of permanent furniture, most of the classrooms are filled with medium-sized wooden boxes, which are used to house toys and can also serve as chairs, tables, and makeshift sleds the children can push each other around in.

This kindergarten is entirely built around the concept of free movement, and free exploration. The only exception to this philosophy are the guardrails. By law, the inside and outside edges of the roof ring need to be enclosed by a tall, hard-to-climb fence. This makes sense, seeing as nobody wants their children to fall off the edge of a roof. However, what’s shocking is that Tezuka-sama originally didn’t want there to be rails at all!

While we’re not quite at the point where we’re creating radical spaces like Takaharu Tezuka, we see in his building many of the same philosophies we embody in our program: encouraging natural movement, natural exploration, and natural play.

He just takes it a bit farther than we can. 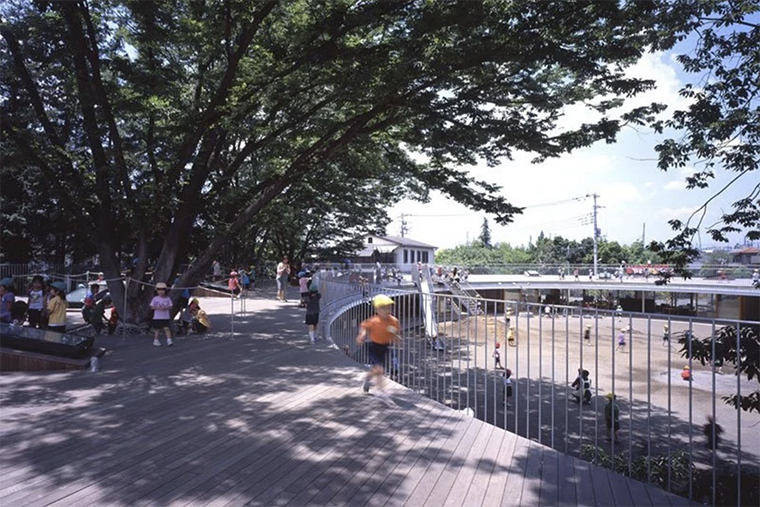 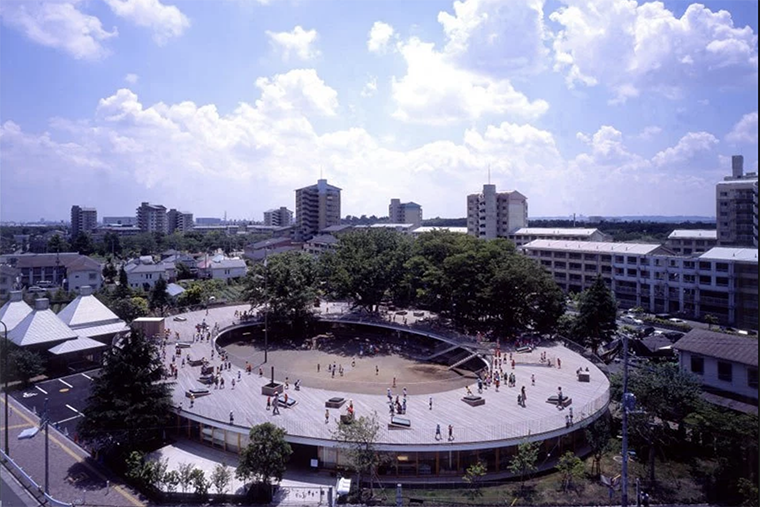 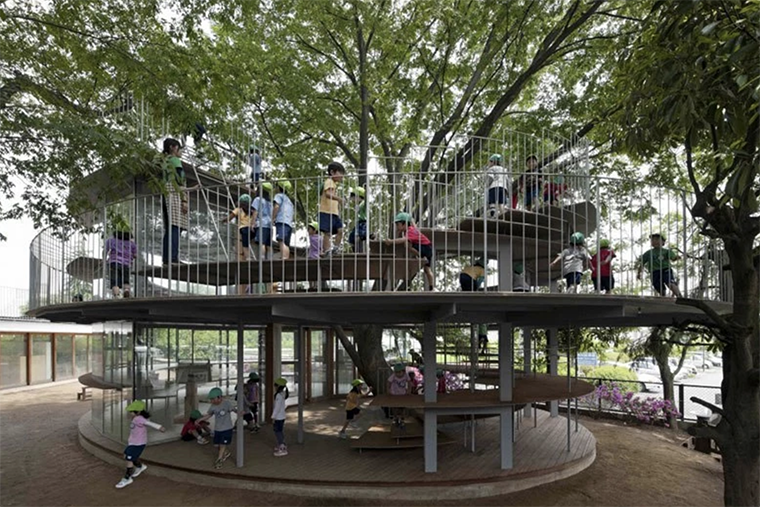