Looking Back: Something’s Growing in the Window 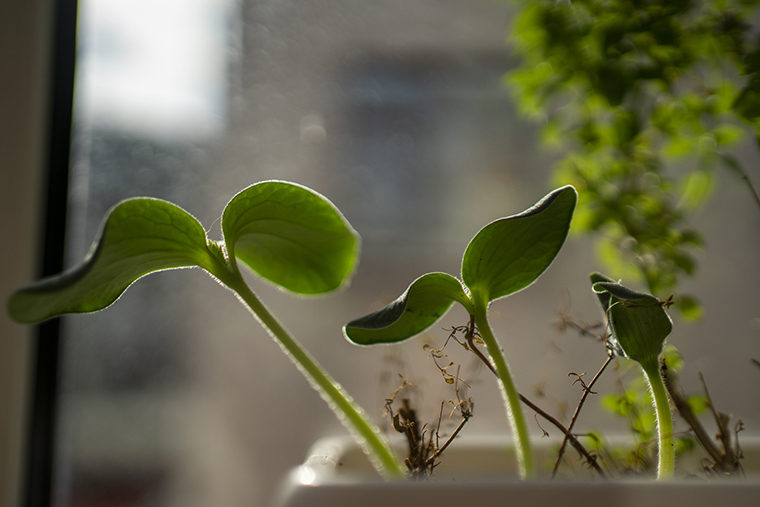 Looking Back: Something’s Growing in the Window

A couple of weeks ago, we talked about a time when we were getting our Community Garden at our Greendale Centre ready for spring planting. In that post, we said that a big reason why we love our Community Garden is that it gives the children a chance to be a part of a larger project and to see how sustained effort can create something truly amazing (and, in this case, delicious).

But sometimes, you have to deliver a lesson a bit quicker than a full season. Last year, the some of our preschoolers began to ask their Early Childhood Educators where their food came from. They had been planting things in the garden but were having trouble understanding exactly what they were planting for. They were having trouble understanding how plants could grow, especially since nothing was really showing up yet in the garden.

We would love to be able to speed up the garden process, but that’s impossible. What’s not impossible is to run a second activity that shows more growth faster. One of our ECEs brought in some plastic Ziploc bags, some paper towel, and some bean seeds to start an experiment.

With help from Ms. Monica, the children picked a bean seed and wrapped it in some damp paper towel. They then put the seeds into the plastic bags and taped them to the window. Nothing happened at first, but a few days later the children noticed that the plants were beginning to grow! Little leaves were poking out of the paper towel. “What’s happening?” asked Ms. Monica. “They’re growing!” the children replied. One child even said they were going to grow as big as his house. Another said that the beans looked like a snail.

Ms. Monica explained to the children that when the beans grew a bit bigger, they would plant them in the soil. “That would help them grow even more,” she told them. She explained that the same thing was happening to their vegetable seeds that they had planted in the garden. “Everything is growing! We just can’t see it happening yet.”

A few days later, the children helped Ms. Monica plant their new bean sprouts in the garden next to their other vegetables. They took care of them all summer long, along with their other plants. If you happen to have access to some bean seeds, we highly encourage you to do this experiment at home for yourselves.